Once upon a time, people used to go to bookstores, especially to the famously fabulous flagship Kroch’s and Brentano’s in Chicago, to buy books. K & B had the best art books department in the Midwest. In addition to a having an impressive stock and knowledgeable staff, they would mount exhibits of the work of painters, photographers, and, at least once, a bookbinder.

Silvia Rennie, who was a part-time binder when she was published in the GBW 75th Anniversary Exhibition catalog (1981), had a solo show at K & B in 1985. It was on display for only one month. I wonder how many people got the chance to see what she had achieved?

When I say “achieved,” I really mean it. There are twenty books and half a dozen leather boxes in the exhibit. I’m counting dos-à-dos bindings as one book (technically, that’s correct, but it doesn’t seem fair). The bindings represent a range of styles and techniques. There are two ¼ vellum bindings with her own marbled-paper boards. There’s one with creased chieftain and found copper onlays (I wish that one had a color photo). And then there are these (Yay! My scanner works!): 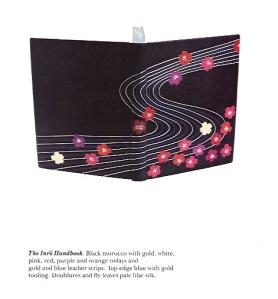 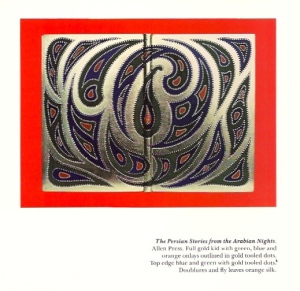 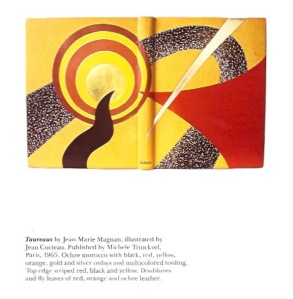 Call me a fan-girl if you must, but I want to meet the woman who made these books. Maybe, one day, I’ll own one.

I would love to see a price list and know what sold, wouldn’t you?

4 thoughts on “Treasures at The Strand, Part 2”